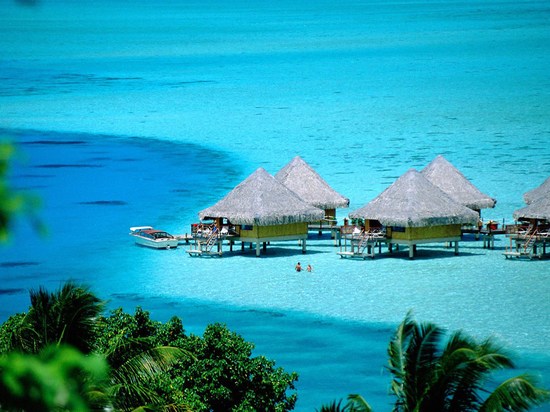 Bora Bora is an island in the Leeward group of the Society Islands of French Polynesia, an overseas collectivity of France in the Pacific Ocean. The original name of the island in the Tahitian language might be better rendered as Pora Pora, meaning “First Born”. 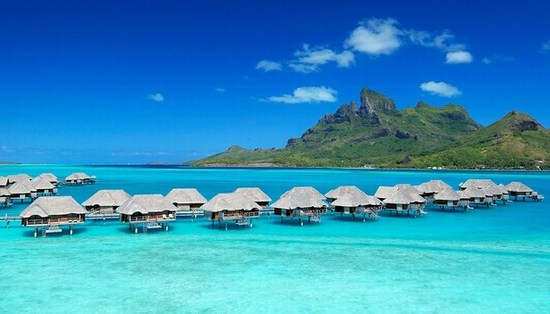 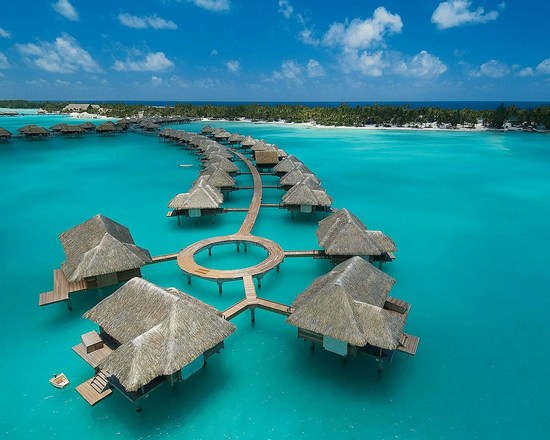 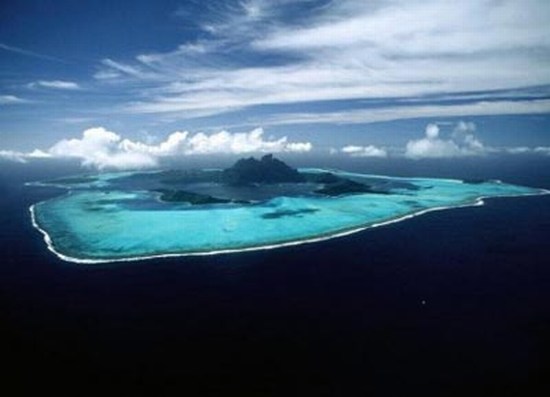 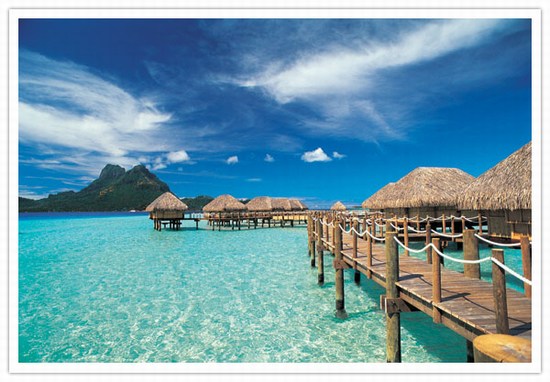 Bora Bora is a major international tourist destination, famous for its aqua-centric luxury resorts. The island is served by Bora Bora Airport on Motu Mete in the north, with Air Tahiti providing daily flights to and from Papeete on Tahiti. The major settlement, Vaitape is on the western side of the main island, opposite the main channel into the lagoon. Produce of the island is mostly limited to what can be obtained from the sea and the plentiful coconut trees, which were historically of economic importance for copra. According to a census performed in 2008, the permanent population of Bora Bora is 8,880. 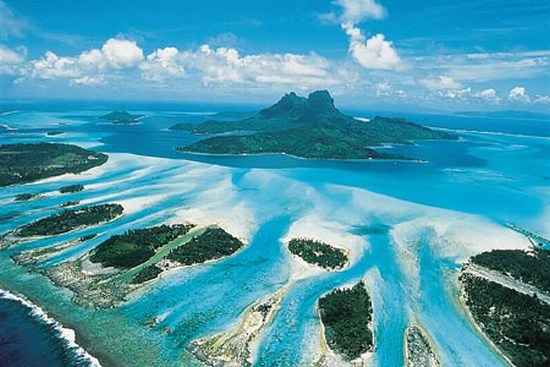 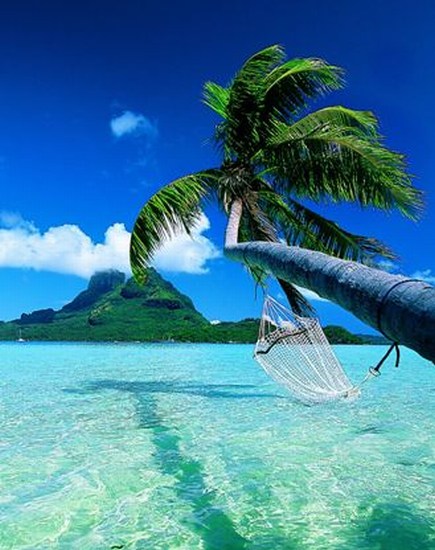 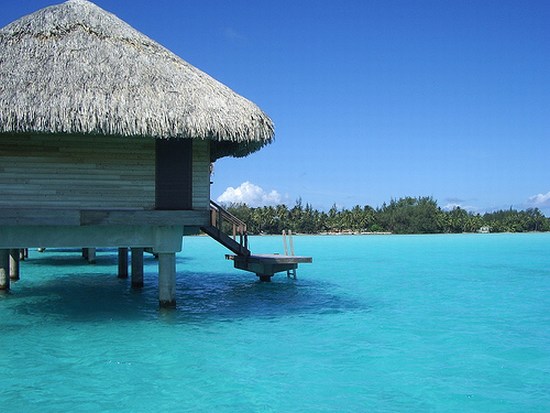 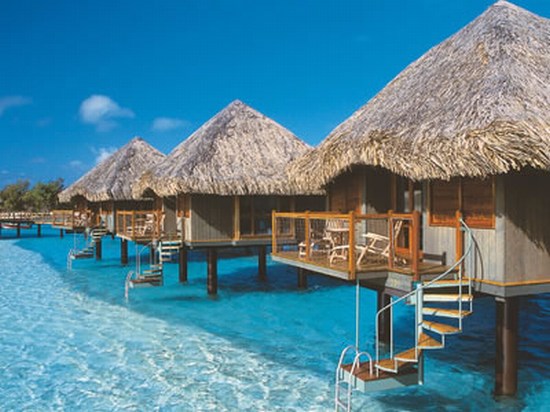 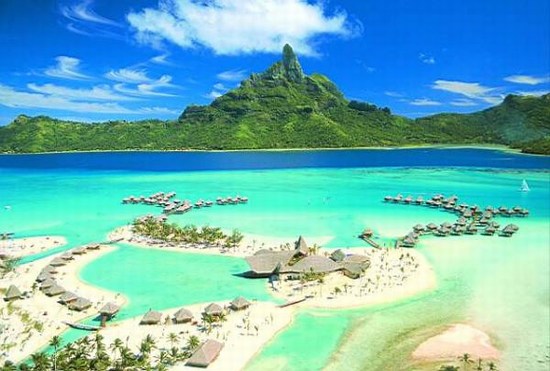 In addition to the existing islands of Bora Bora (called Motu in Taihitian), the new man-made motu of Motu Marfo has been added in the north-eastern corner of the lagoon on the property of the St. Regis Resort 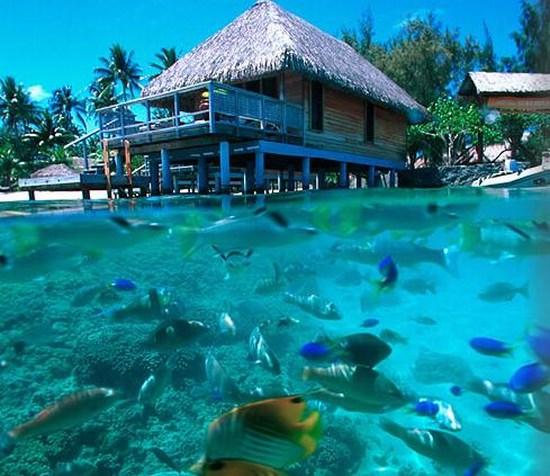