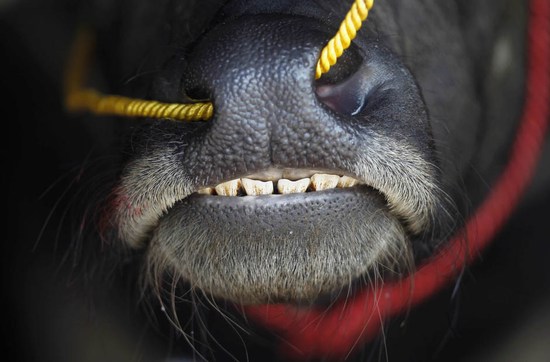 Around the time of the full moon in the 11th lunar month, usually the first weekend in October, farmers from all over the province bring their buffalo to Chonburi City for a festival that dates back centuries. 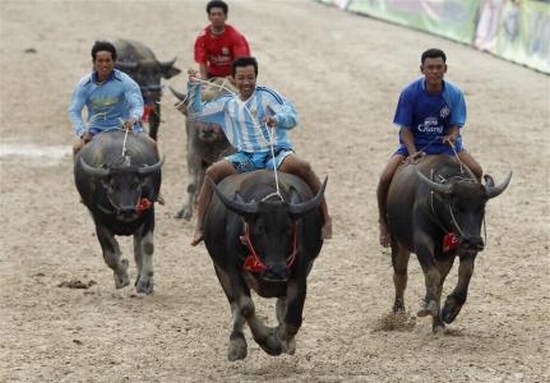 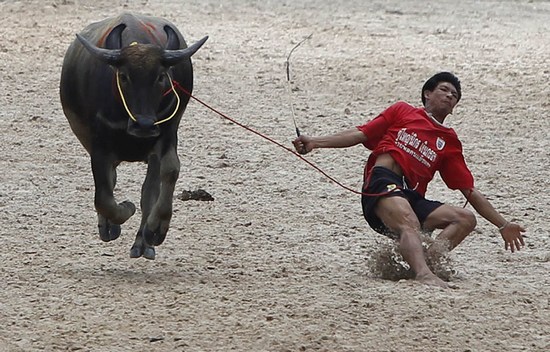 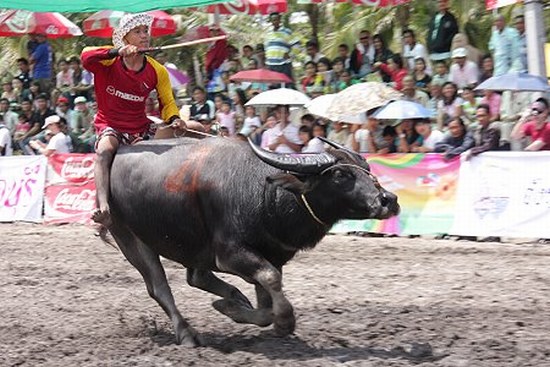 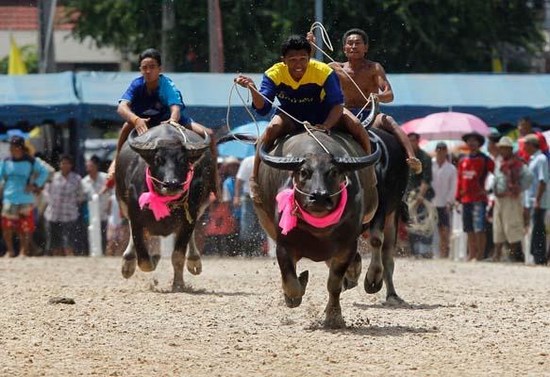 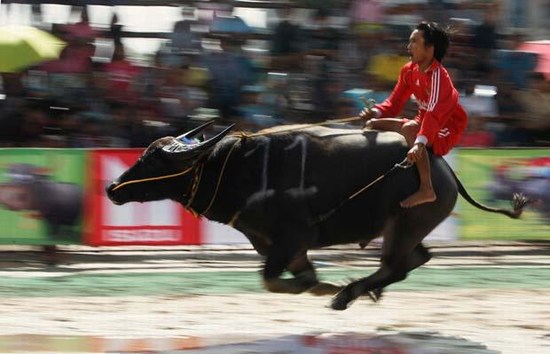 The races themselves are preceded by a parade of colorful buffalo-drawn carts through the central part of the provincial capital. Then the contestants are led to the stadium while farmhands run along side and throw buckets of water on them to keep them cool. 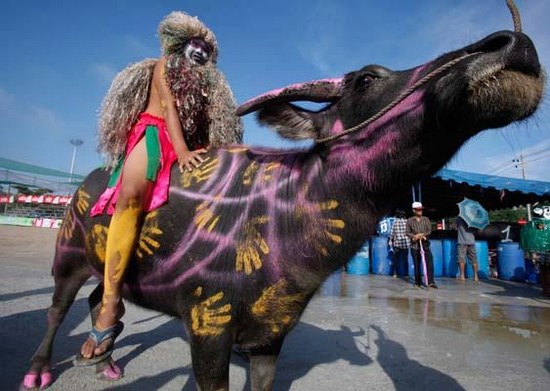 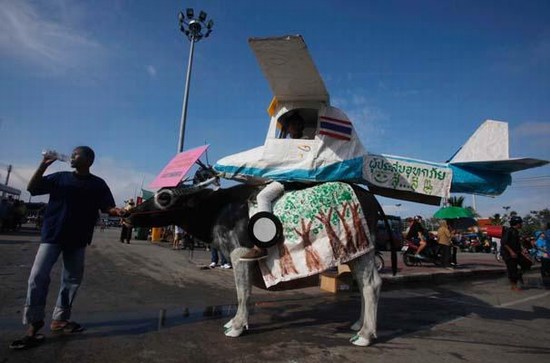 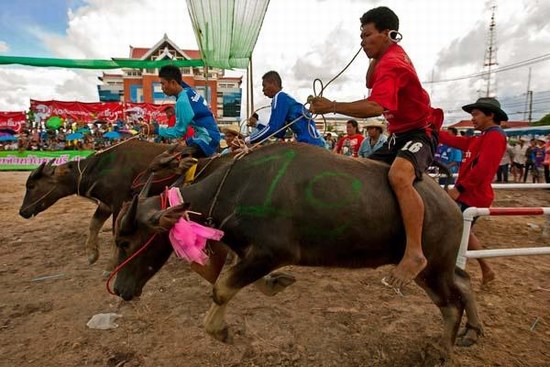 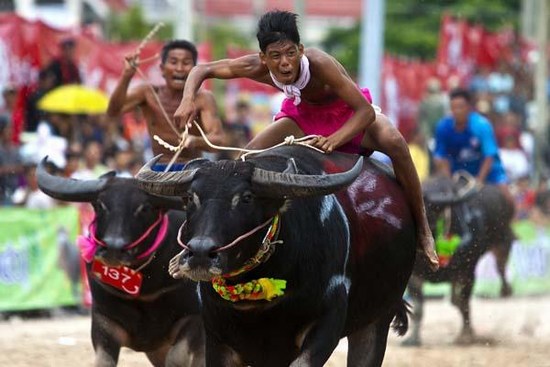 Clouds of dust rise as these hefty animals pound down the short course at an alarming speed, reminiscent of a stampede. The crowd roars in support of the favorites and the atmosphere is as an enthralling as watching thoroughbred race horses.