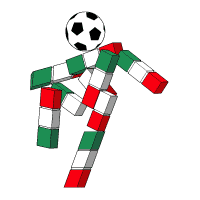 A lion, symbol of the United Kingdom, wearing a Union Flag jersey with the words “WORLD CUP”. 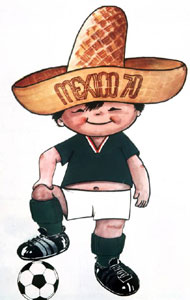 A boy wearing Mexico’s kit and a sombrero (with the words “MEXICO 70”). 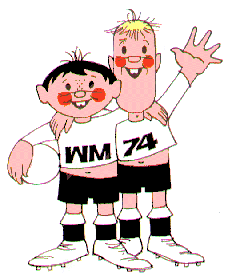 A boy wearing Argentina’s kit. His hat (with the words ARGENTINA ’78), neckerchief and whip are typical of gauchos. 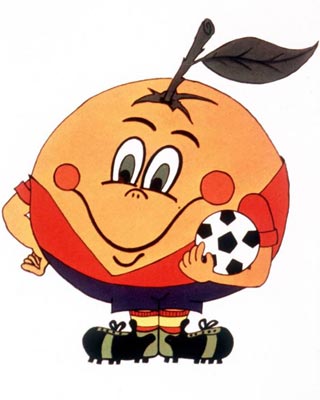 An orange, a typical fruit in Spain, wearing the kit of the host’s national team. Its name comes from naranja, Spanish for orange. 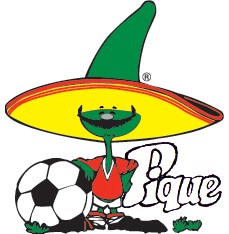 A jalapeño pepper, characteristic of Mexican cuisine, with a moustache and wearing a sombrero. Its name comes from picante, Spanish for spicy peppers and sauces.

A stick figure player with a football head and an Italian tricolore body. Its name is an Italian greeting. 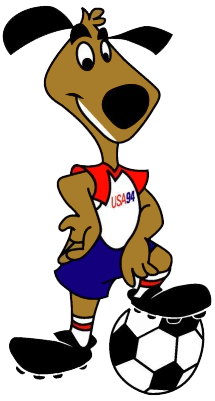 A dog, a common US pet animal, wearing a red, white and blue football uniform with the words “USA 94”. 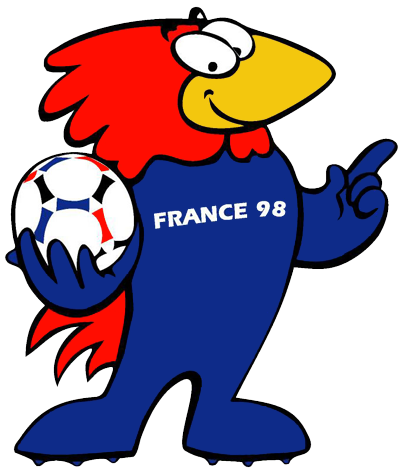 A rooster, one of the national symbols of France, with the words “FRANCE 98” on the chest. Its body is mostly blue, like the host’s national team shirt and its name is a portmanteau of “football” and the ending “-ix” from the popular Astérix comic strip.Other proposed names were “Raffy”, “Houpi” and “Gallik”. 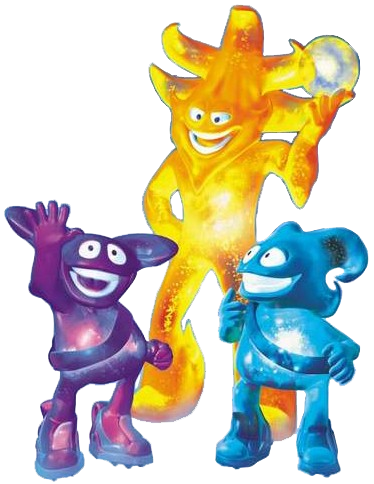 Orange, purple and blue (respectively) futuristic, computer-generated creatures. Collectively members of a team of “Atmoball” (a fictional football-like sport), Ato is the coach while Kaz and Nik are players. The three individual names were selected from shortlists by users on the Internet and at McDonald’s outlets in the host countries. 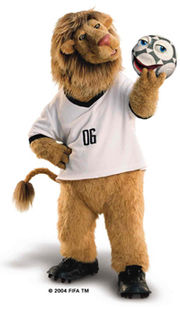 A lion wearing a Germany shirt with the number 06 and a talking football named Pille. Goleo is a portmanteau of the words “goal” and “leo”, the Latin word for lion. In Germany, “Pille” is a colloquial term for a football. 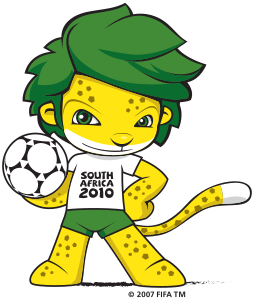 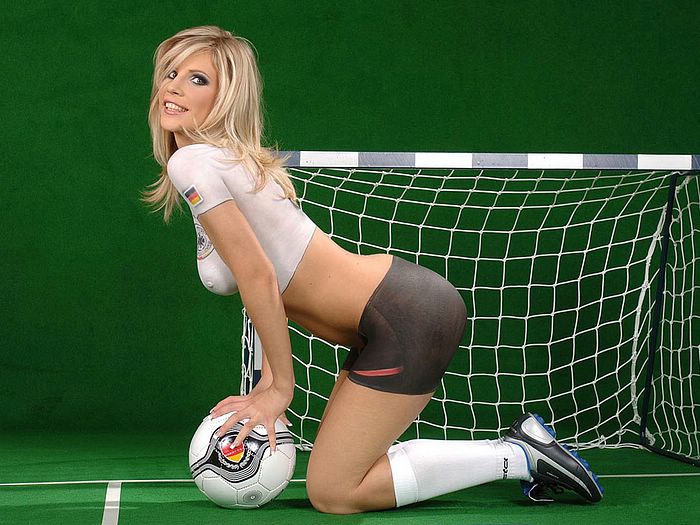